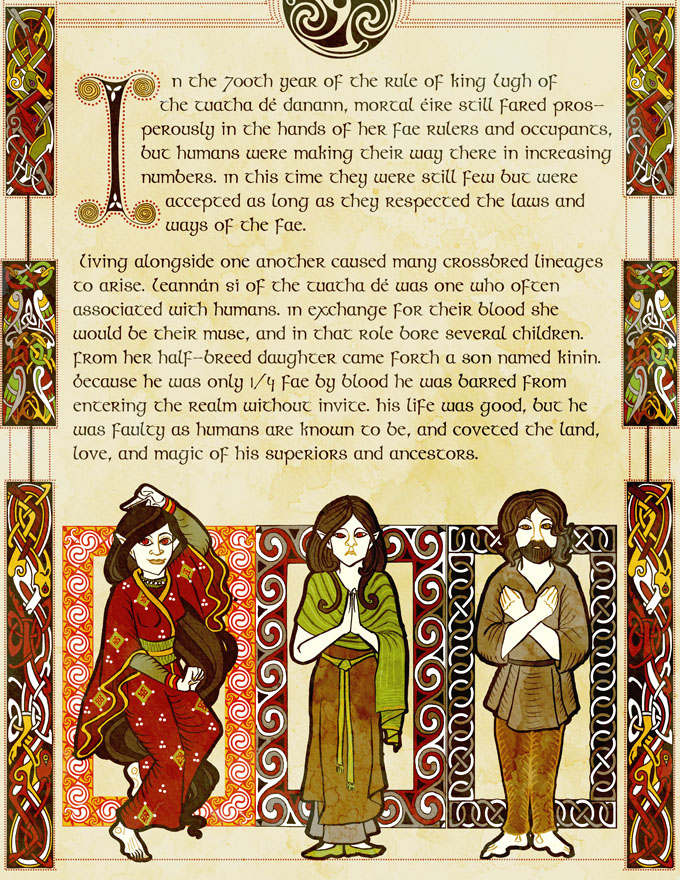 In the 700th year of the rule of King Lugh of the Tuatha dé Danann, Mortal Éire still fared prosperously in the hands of her fae rulers and occupants, but humans were making their way there in increasing numbers. In this time they were still few but were accepted as long as they respected the laws and ways of the fae.

Living alongside one another caused many crossbred lineages to arise. Leannán Sí of the Tuatha Dé was one who often associated with humans. In exchange for their blood she would be their muse, and in that role bore several children. From her half-breed daughter came forth a son named Kinin. Because he was only 1/4 fae by blood he was barred from entering the Realm without invite. His life was good, but he was faulty as humans are known to be, and coveted the land, love, and magic of his superiors and ancestors.