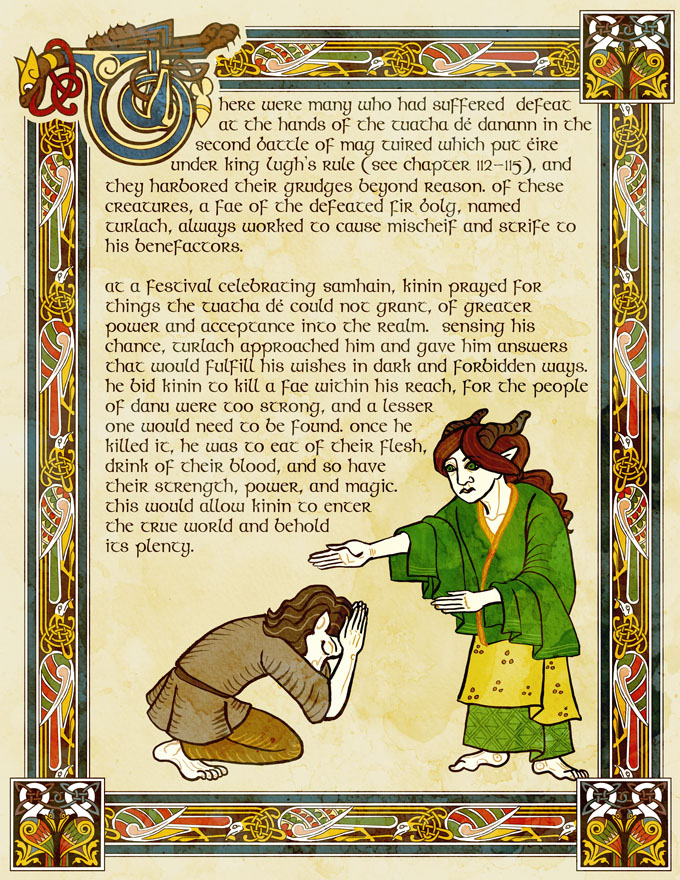 There were many who had suffered defeat at the hands of the Tuatha Dé Danann in the Second Battle of Mag Tuired which put Éire under King Lugh's rule (See Chapter 112-115), and they harbored their grudges beyond reason. Of these creatures, a fae of the defeated Fir Bolg, named Turlach, always worked to cause mischeif and strife to his benefactors.

At a festival celebrating Samhain, Kinin prayed for things the Tuatha Dé could not grant, of greater power and acceptance into The Realm. Sensing his chance, Turlach approached him and gave him answers that would fulfill his wishes in dark and forbidden ways. He bid Kinin to kill a fae within his reach, for The People of Danu were too strong, and a lesser one would need to be found. Once he killed it, he was to eat of their flesh, drink of their blood, and so have their strength, power, and magic. This would allow Kinin to enter the true world and behold its plenty.