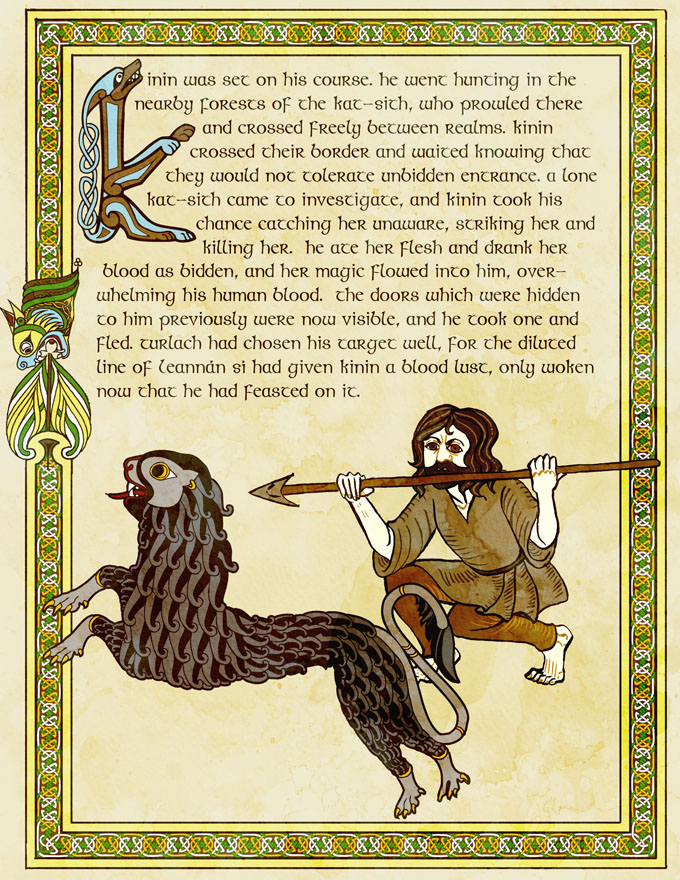 Kinin was set on his course. He went hunting in the nearby Forests of the Kat-Sith, who prowled there and crossed freely between Realms. Kinin crossed their border and waited knowing that they would not tolerate unbidden entrance. A lone kat-sith came to investigate, and Kinin took his chance catching her unaware, striking her and killing her. He ate her flesh and drank her blood as bidden, and her magic flowed into him, overwhelming his human blood. The doors which were hidden to him previously were now visible, and he took one and fled. Turlach had chosen his target well, for the diluted line of Leannán Sí had given Kinin a blood lust, only woken now that he had feasted on it.