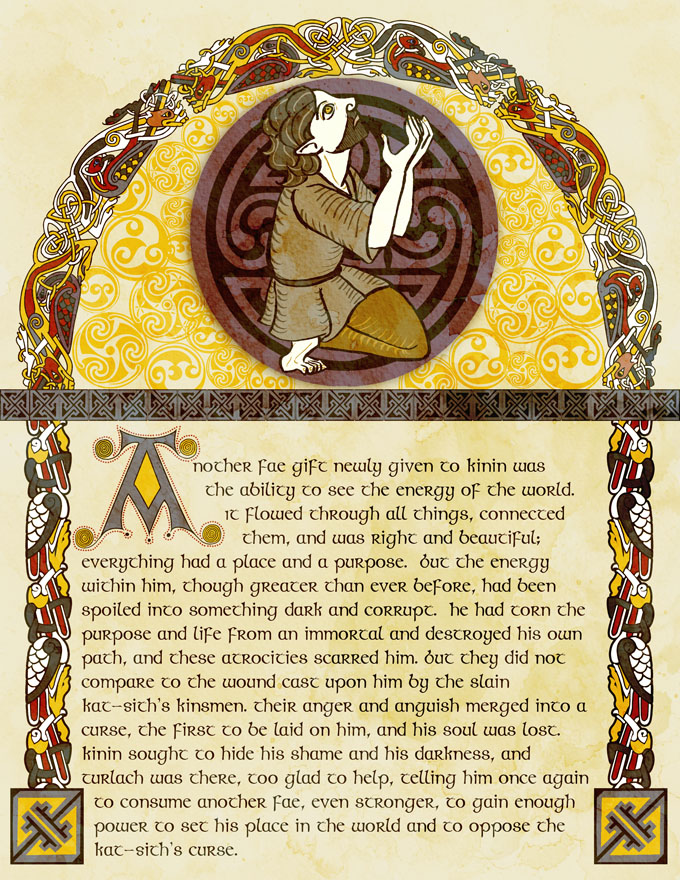 Another fae gift newly given to Kinin was the ability to see the energy of the world. It flowed through all things, connected them, and was right and beautiful; everything had a place and a purpose. But the energy within him, though greater than ever before, had been spoiled into something dark and corrupt. He had torn the purpose and life from an immortal and destroyed his own path, and these atrocities scarred him. But they did not compare to the wound cast upon him by the slain Kat-Sith’s kinsmen. Their anger and anguish merged into a curse, the first to be laid on him, and his soul was lost. Kinin sought to hide his shame and his darkness, and Turlach was there, too glad to help, telling him once again to consume another fae, even stronger, to gain enough power to set his place in the world and to oppose the Kat-Sith’s curse.