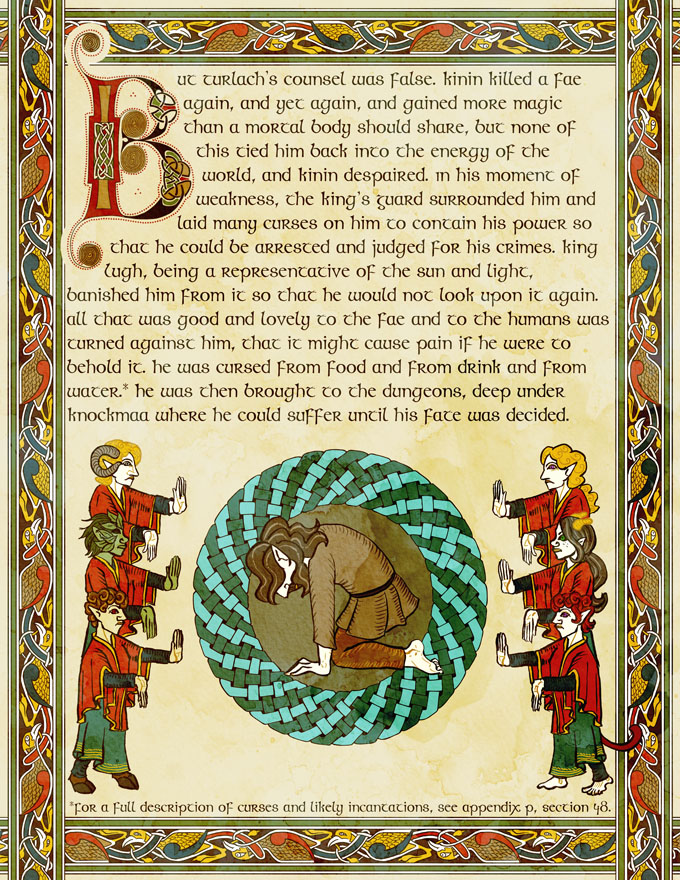 But Turlach's counsel was false. Kinin killed a fae again, and yet again, and gained more magic than a mortal body should share, but none of this tied him back into the energy of the world, and Kinin despaired. In his moment of weakness, the King’s Guard surrounded him and laid many curses on him to contain his power so that he could be arrested and judged for his crimes. King Lugh, being a representative of the sun and light, banished him from it so that he would not look upon it again. All that was good and lovely to the fae and to the humans was turned against him, that it might cause pain if he were to behold it. He was cursed from food and from drink and from water.* He was then brought to the dungeons, deep under Knockmaa where he could suffer until his fate was decided.