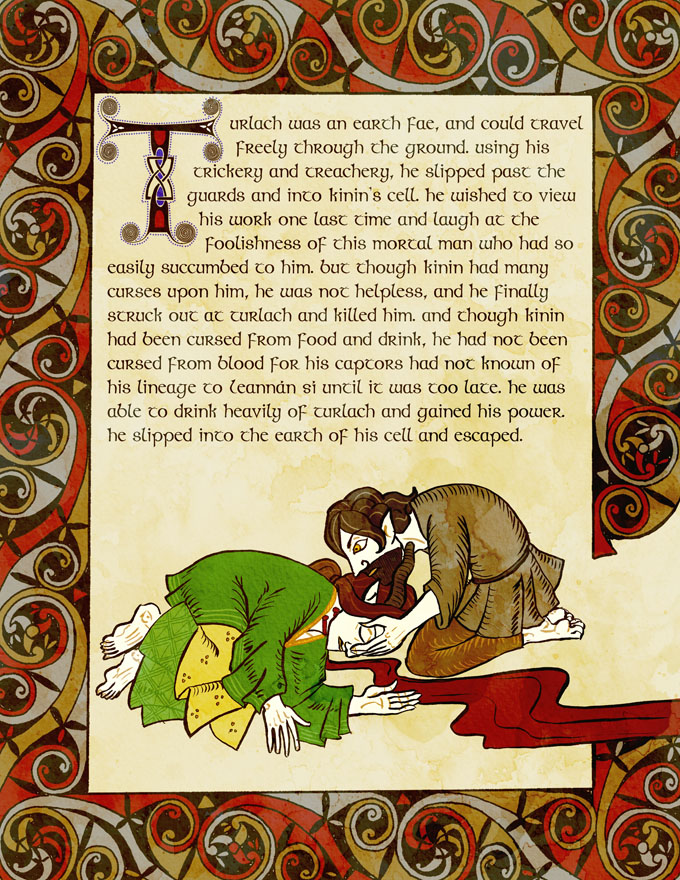 Turlach was an earth fae, and could travel freely through the ground. Using his trickery and treachery, he slipped past the guards and into Kinin's cell. He wished to view his work one last time and laugh at the foolishness of this mortal man who had so easily succumbed to him. but though Kinin had many curses upon him, he was not helpless, and he finally struck out at Turlach and killed him. And though Kinin had been cursed from food and drink, he had not been cursed from blood for his captors had not known of his lineage to Leannán Sí until it was too late. He was able to drink heavily of Turlach and gained his power. He slipped into the earth of his cell and escaped.