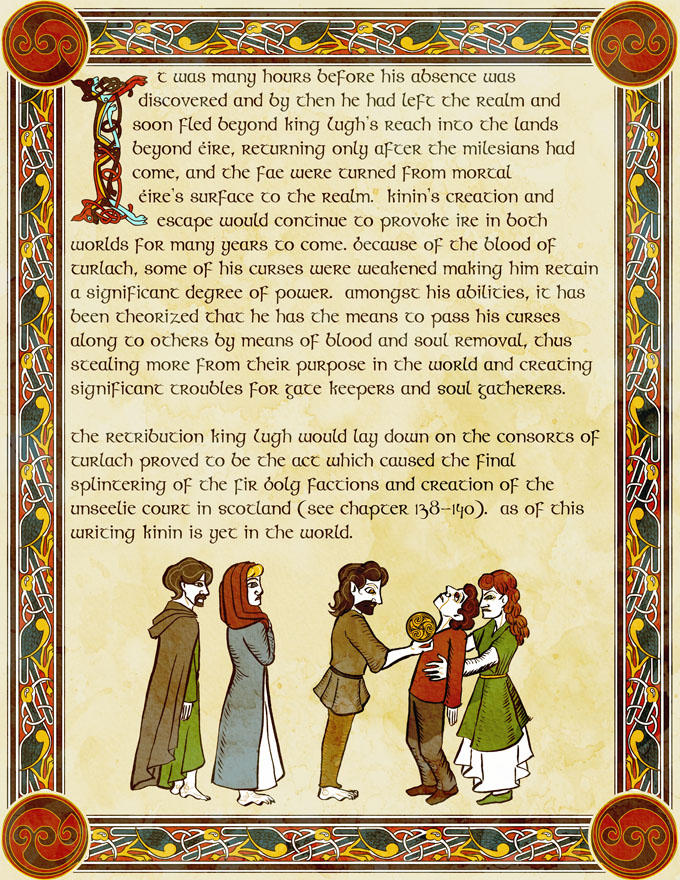 It was many hours before his absence was discovered and by then he had left the Realm and soon fled beyond King Lugh's reach into the lands beyond Éire, returning only after the Milesians had come, and the fae were turned from Mortal Éire's surface to the Realm. Kinin's creation and escape would continue to provoke ire in both worlds for many years to come. Because of the blood of Turlach, some of his curses were weakened making him retain a significant degree of power. Amongst his abilities, it has been theorized that he has the means to pass his curses along to others by means of blood and soul removal, thus stealing more from their purpose in the world and creating significant troubles for Gate Keepers and Soul Gatherers.

The retribution King Lugh would lay down on the consorts of Turlach proved to be the act which caused the final splintering of the Fir Bolg factions and creation of the Unseelie Court in Scotland (see Chapter 138-140). As of this writing Kinin is yet in the world.